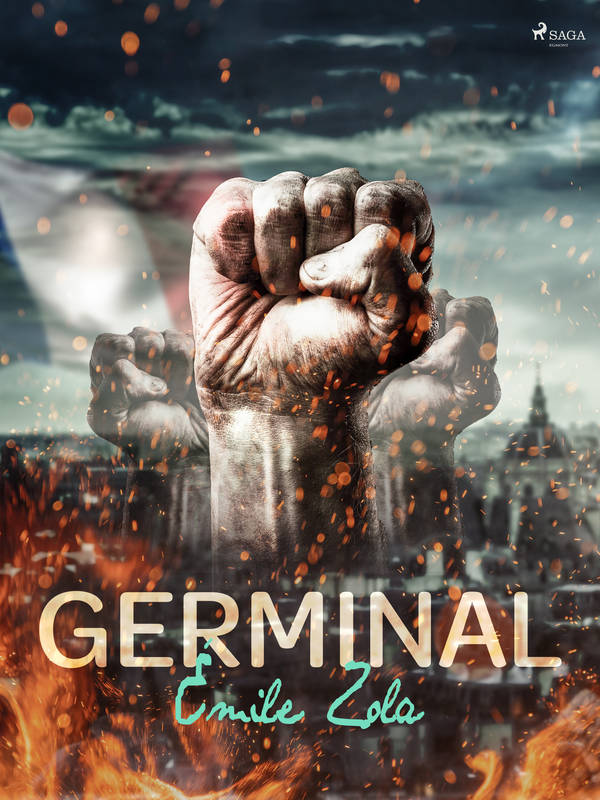 The Rougon-Macquart Series: Natural and social history of a family under the Second Empire

'Germinal', often considered Zola’s masterpiece, tells the story of Etienne
Lantier, a bright however uneducated young man with a volatile temperament who
has just lost his job as a railway worker. He sets out for a small mining town
where he finds a new job as a cart pusher. But the incessant clashes between
the capitalists and the working class, alongside the appalling working
conditions and dire poverty the workers are forced to endure, slowly but
surely bring the narrative to its only possible denouement: revolution.
Abounding with vivid descriptions of the miner’s inner and outer worlds, as
well as the violent and often unjustified impulses of man, 'Germinal' is a
superbly written, unforgettable novel. 'Germinal' voices outrage at the
downtrodding of the many by the few, but also displays humanity’s limitless
capacity for compassion and hope. Widely regarded as the founding father of
scientific naturalism in literature, which aimed to describe the human
condition as it really is, Zola was considered an influence by many prominent
artists and writers of his time and the coming era, such as Vincent van Gogh,
Tom Wolfe and John Steinbeck. Émile Zola (1840-1902) was a French novelist,
journalist, and playwright, and one of the most important representative of
French naturalism. His literary topics include violence and its repercussions,
alcoholism and problems within the family unit. Zola influenced countless
writers representative of the "new journalism" style of writing, namely Tom
Wolfe, Truman Capote, and Gay Talese. His best known works include 'Germinal',
'Nana' and 'Work'. Nominated twice in the first two instances of the Nobel
Prize in Literature.
S'identifier pour envoyer des commentaires.