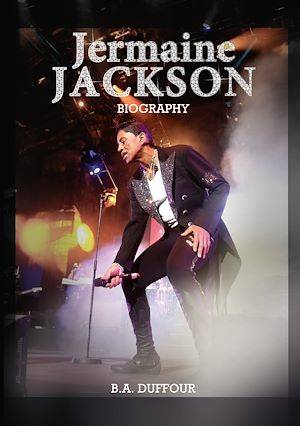 **Discover the amazing life of a member of the most talended msucial family:
Jermaine Jackson !**

Eclectic, truly original, and a fully-fledged artist, Jermaine Jackson is the
fourth child of the world’s most famous musical family. To the same degree as
his brothers and sisters, he is an icon of soul music and American pop. A
gifted singer, bass player, dancer, author, composer, actor, business man and
producer, he produced songs for the young Whitney Houston’s first album, sales
of which have reached more than 30 million copies to this day. He was co-
leader of the Jackson 5 with his brother, the legendary Michael, and was the
artist with whom Michael most often sang duos. Jermaine was the first member
of his family to actively pursue a solo career and remains to this day the
only member of the Jackson family to have performed live at the White House,
in 1985. For the last 50 years he has enjoyed a rich and varied artistic
career and continues to be involved in a large number of projects. He has
fifteen albums to his name as well, has toured solo throughout the world, and
continues to live out his artistic dreams, first conceived in childhood. This
biography will shed light on the artist that Michael Jackson referred to as
his first important influence and that Barry White would come to call brother
: Jermaine Jackson

**B.A. Duffour share everything you should know about the man that produced
the first album of Whitney Houston and was a member of the exceptional band :
the Jackson Five !**
S'identifier pour envoyer des commentaires.